[coldbox:11299] Re: Intermittent Error "Element VIEWPATH is undefined in VIEWLOCATIONS"

You could try duplicating the structure prior to dumping it. Sometimes I’ve had cfdump take long enough in a race condition that the struct has changed by the time the dump is finished rendering.

Is dpath scoped properly as a var? Could it be a threading issue? Just looking at the thread, haven’t looked at the particular code in the framework.

Thanks, Brad. I’ll give that a shot.

Any progress on this? I still get this frequently.

No. Six days without progress.

Is this production or dev? Are you auto reloading?

I have this happening in multiple production environments.

Hmm I cannot reproduce. Could it be in reinits?

It’s happening frequently enough that I’m pretty sure that’s not it. It only happens during production when I put the sever under load.

I am also getting messages that services that are injected are unavailable. I think is due to reinits.

This is pervasive in production applications with all the simple factors already removed. I’ve seen this in three applications–one of which I did not code.

I’ve gone through the code and everything looks properly scoped. When this week slows down a bit I’ll try digging deep again.

I have added a fix for this on development, can you please verify

Has there been a resolution to this?

Yes. Luis posted a fix to the development branch which is ready for “unofficial” beta testing.

I’ve not yet been able to test as I’m using ColdBox 3.5 on a new project and I’m still working on the data layer.

I believe you can just download from GitHub and once downloaded to your system, checkout the development branch using GIT 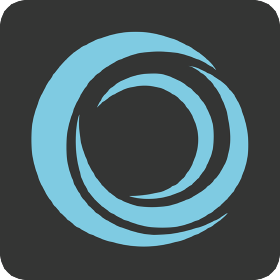 Home of the ColdBox MVC Platform and eco-system. ColdBox Platform has 18 repositories available. Follow their code on GitHub.

FYI - the latest branch does indeed fix this issue!

Thanks all!
Andy K.

it fixed my problems also.