I wondered what was going on, but I noticed this when previewing a blog post.
I noticed it didn’t load the IFrame in the modal, and the Comments box was filled with a lot of encoded content from the page

I attached a screenshot.
I searched and saw no one had mentioned this on the group yet, has this been resolved.

Just a heads up. 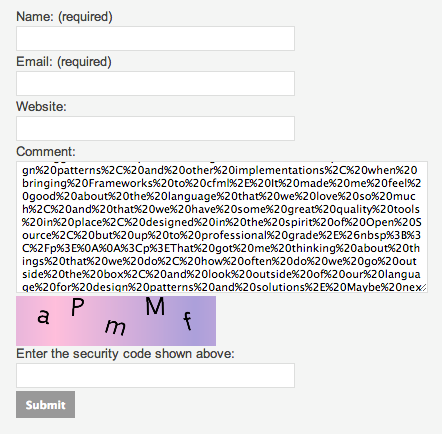 Can you chase the IFRAME execution in the Browsers network tab. For Chrome this is by hitting F12 and selecting the network tab and reloading the page, get it to happen again and see what the browser reports on why it didn’t load.

I assumed it was security setting for the modal, not too big of a deal, but the junk in the comments box just looks messy, and should be cleaned up.
I might look for it later and do a pull request, but I’m sure its an easy fix for someone in the code already, thats IF it hasn’t been reported already.

I agree, but it looks like there was an issue stopping the data from being requested. No I have never seen this with any of the themes I have written, so was wondering if you could duplicate it and if you can, whether the Browser reports something that can be trapped if it happens again.