The function [listAppend] does not exist in the Object, but there is a similar function with name [listValueCount] available.

Argh!..now I really am in trouble. I decided to update CommandBox to see if this was the problem - I was on version 4.7. When running box.exe I get: 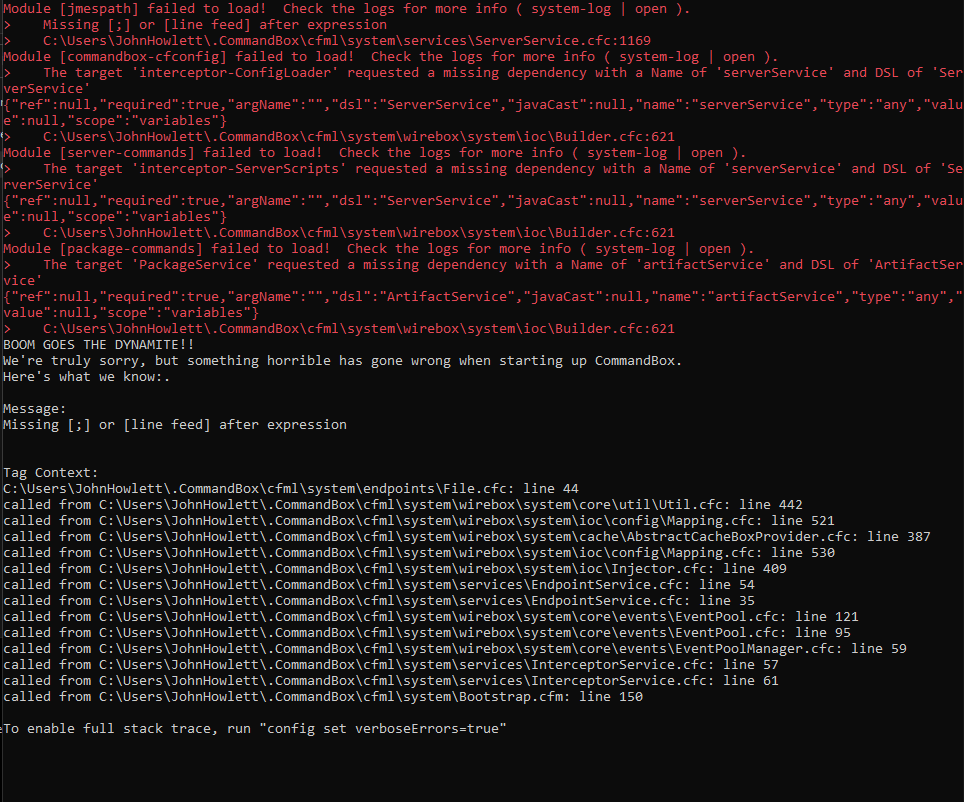 Panic over.
Renaming the C:\Users[username].CommandBox allowed the new install to work (creating a new .CommandBox folder).

Sorry if you’ve been reading this!

Interesting, John. Do you have any idea why your Commandbox server home was missing?

It’s possible an antivirus scanner could have quarantined the entire directory. I would check your antivirus program and ensure you have an exclusion in place for the Commandbox directory. That’s my two cents.

The function [listAppend] does not exist in the Object, but there is a similar function with name [listValueCount] available.

So that is actually just a secondary error. if you look at the stack trace in your screenshot, you’ll see the root cause is an error about a semi-colon in File.cfc which corresponds with a line of code running the CFZip tag. This means Lucee’s Compress extension failed to install so it literally didn’t recognize the CFML code while compiling. There’s no telling why this happened, but when you deleted your CommandBox home, it gave you a fresh Lucee install. Next time, you can try just deleting your .CommandBox/engine folder so you don’t lose all your settings, artifacts, JREs, and servers!