I’ve spent about 2 weeks trying to figure this out, and I’m no closer than when I started. I’m running Coldfusion 8.0.1.

First, I used commandbox to install coldbox 3.8.1 to my project directory. This directory is not the webroot as I do not have access to the webroot - and I do not have access to the coldfusion admin page to set a global mapping. From what I gather, this means I need to use the “no inheritance” version of Application.cfc and I need to set the application level mapping to make this work.

Then I cloned this git repo: 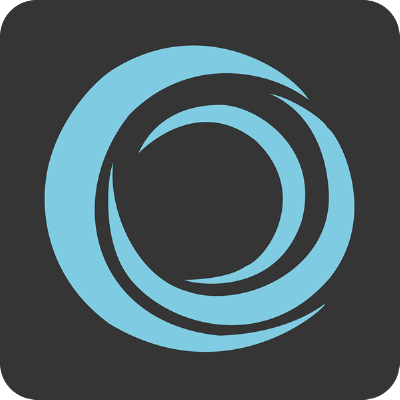 A collection of sample applications for ColdBox LITE

I copied the helloWorld sample app into the project directory at the same level as /coldbox.

Going back to this 2 year old blog entry:
http://blog.coldbox.org/blog/coldbox-lite-is-here

I attempted to download CBL Standard and CBL Standard with ORM from http://www.coldbox.org/download/lite and http://www.coldbox.org/download/lite/orm/true which redirected me to http://downloads.ortussolutions.com/coldboxLITE_1.2.0.zip and http://downloads.ortussolutions.com/coldboxLITE-ORM_1.2.0.zip (respectively). However, neither of these URLs works.

I did eventually find an old Alpha version that Luis Majano attached to this Google Groups discussion board:
https://groups.google.com/forum/#!msg/coldbox/NNhv3Qw1mWg/160XzhrEt7cJ

In this alpha zip, I did find a “no inheritance” Application.cfc and when I tried to use it the application finally ran, but thew up with the following error:

I’m not sure what else to do… I tried coldbox 3.8.1, 3.5.3, and the coldbox lite version from the alpha zip file and they all yield the same error.

So I thought, “well, why not use the full version of Coldbox instead of just Coldbox lite?” Well it turns out that it produces the exact same error as above (on both 3.8.1 and 3.5.3) just on a different line of util.cfc.

Is Coldbox Lite no longer supported? Is there anything I can do to make it work?

ColdFusion 8 is no longer supported by Adobe or ColdBox, dude you really need to upgrade your servers.

But just so you know, that error is enhancements in ColdFusion itself and not ColdBox. ColdFusion 8 would not allow for vars to be set anywhere in the body of the function. ColdFusion 9 and above do support this.

I would if I could, but I’m in a class where the prof is teaching CF and I wanted to learn an MVC framework for CF to make it worthwhile. I don’t have access to admin the class server.

I tracked the issue down to MixerUtil.cfc:

Seems to be it. Though, this pull request seems to have been rejected despite the fact that it wouldn’t necessarily break something for future versions. But I am just learning CF, what do I know?

Do they need to change?

I’m not sure if it helps you as it sounds like your project has to be in a specific location to count for your class but you could download Railo. It’s a free CFM engine that is very popular. You could run it on your laptop…

BTW, it’s hard to be mad at your prof. Adobe does not offer Educational pricing on Coldfusion server which is a shame. Perhaps you can convince him or her to upgrade to a modern (free) Railo server? Maybe you’re already familiar with it but it’s pretty much the same as Coldfusion from a “running cfm” point of view. Hope this helps.

Don’t forget you can also use CommandBox http://www.ortussolutions.com/products/commandbox
It’s super easy, it comes with an embedded Railo server and installs in a single. Great way to play with ColdBox and CFML in general.

Well the docs are wrong or Luis hasn’t updated them.

Adobe only support the latest two versions, that is ColdFusion 10 & ColdFusion 11, ColdBox dropped ColdFusion 8 support over 2 years ago give or take a month or two.

Why is your teacher teaching ColdFusion 8, I would be more concerned why an institution is not teaching the latest version of ColdFusion. ColdFusion 8 is like 6 years old.

But I can tell you there are going to be at lot more issues than just that line, let me tell you.

I’ve spent about 2 weeks trying to figure this out, and I’m no closer than when I started.

I would recommend asking questions sooner. 2 weeks is a long time to be figuring something especially since we can probably get you an answer in a few hours .

I wouldn’t admit this in public

If you are being forced to use any software from 2007 you need to complain. Loudly.

From what I gather, this means I need to use the “no inheritance” version of Application.cfc and I need to set the application level mapping to make this work.

Then I cloned this git repo:

Is there a reason not to use ColdBox 4.0? It’s very close to releasing. ColdBox Lite has gone away with the advent of ColdBox 4 because we have completely modularized and removed all but the core, so ColdBox 4.0 IS ColdBox Lite. All the other goodies install as modules.

When I run the application, the Application.cfc is output as plain text.

Wha?? I’ve only seen that when IIS/Apache wasn’t set up to process .cfm files correctly.

I gather this is a result of the “inheritence” version of Application.cfc.

No, that sounds like your server configuration is incorrect.

The problem is, there is no “no inheritence” sample provided.

The Application.cfc setups in ColdBox Lite are the same as ColdBox. You just use a slightly different path. Bug again, don’t waste time on ColdBox Lite, just use ColdBox 4.

I attempted to download CBL Standard and CBL Standard with ORM from http://www.coldbox.org/download/lite and http://www.coldbox.org/download/lite/orm/true which redirected me to http://downloads.ortussolutions.com/coldboxLITE_1.2.0.zip and http://downloads.ortussolutions.com/coldboxLITE-ORM_1.2.0.zip (respectively). However, neither of these URLs works.

Yes, that’s because Luis rearranged our artifacts repository recently and didn’t get those links updated. You’re on that now, right Luis??

Don’t worry, those links were just for ColdBox Lite. You don’t want that anyway.

In this alpha zip, I did find a “no inheritance” Application.cfc and when I tried to use it the application finally ran, but thew up with the following error:

I’m not sure what else to do… I tried coldbox 3.8.1, 3.5.3, and the coldbox lite version from the alpha zip file and they all yield the same error.

Yep, they probably don’t work on CF8 either. To be honest, we don’t bother testing on it. I don’t even have it installed. That’s because no one uses it anymore. Or if they do, they don’t admit it publicly or they’re probably not cool enough to use a framework.

So I thought, “well, why not use the full version of Coldbox instead of just Coldbox lite?”

Well it turns out that it produces the exact same error as above (on both 3.8.1 and 3.5.3) just on a different line of util.cfc.

Is Coldbox Lite no longer supported?

Is there anything I can do to make it work?

No, not on ColdFusion 8.

I updated that page in the docs. We never really officially dropped support for CF8 until ColdBox 4, but we stopped testing it a while back. Like I said, you’re the first person in a long time who’s even came on the list using CF8.

> Adobe does not offer Educational pricing on Coldfusion server which is a shame.

What do you mean?? Adobe has offered ColdFusion free for educational use for years! Just reach out to Elishia, Rakshith, or even Anit and I’m sure they can give you the details.

That said, shared servers are so 15 years ago. Any reputable dev shop is going to have you on a local dev environment (ok, maybe not, but they should) so you might as well get used to it. Just download the CF developers edition (same install). It lasts forever, is free, and just has a couple IP address restrictions, etc which you won’t even notice.

Though honestly, what’s 400 times easier is to just use the embedded Railo server that’s part of CommandBox. You’ll literally have a site running in about 20 seconds. Open the interactive shell in a fresh folder and type these two commands:

About 3 seconds later a browser window will pop open and you’re now running your very own local MVC CFML web app (ColdBox 4.0). (See, you should have just asked 2 weeks ago

Oh wait, you wanted the ORM stuff too?

Boom! Now you have ORM. And a modern CFML engine.

You can get CommandBox support over here on its dedicated Google Group:

Well, I’m not able to move over to Railo - I have 0 control over the environment. The university paid for a Cold Fusion license a long time ago and from what I gather they’re not interested in getting a new license (this prof may be the only instructor teaching CF). She isn’t a programmer, she’s a DBA and to my knowledge she doesn’t know any other languages so she just gets by on this old version.

I did use commandbox to “box install coldfusion” for the latest version - but I still have to get the app working on the university server.

What might be most helpful is to know which version of Coldbox does work on CF8. Can anyone tell me that?

Yeah, I’d love it if we could update our version of Coldfusion - or even move over to Railo. It’s a shame that this prof is forcing us to use such antiquated technology - I’ll definitely be writing a letter to the dean about this class and how useless it is for learning anything worthwhile. Never-the-less, I’d like some semblance of practical skills with coldbox. Even an old version of coldbox. I’d rather not have to roll my own app without a framework, I just don’t have time for that.

Download bundle which have many sample application compatible with CF8
http://www.coldbox.org/download/previousreleases

Why don’t you mention to her about Railo where its free and more up to date than CF8?

While I agree with others that the case should be made to upgrade the CFML engine, I also recognize that process may take too long. In an effort to help you get over this hurdle, I sent you a Gtalk request and emailed you directly with a copy of 3.8.1 that works on CF8. As I recall, Wirebox also required a couple of tweaks when I was forced to do this in the past. Fortunately, it’s basically just a syntax problem that is easily fixed.

Jason - Thanks so much for that! I will definitely try it out this evening. Will let you know how it goes.

@Andrew Scott - I mentioned the out-dated version at the beginning of the class and the prof said it was “out of her hands”. But I will be writing to the dean about it. Hopefully they decide to do something, but it’s too late for anything to be done this semester.

@Sana - I tried coldbox 3.5.3 and it was also complaining about the issue with the MixerUtil.cfc. I picked 3.5.3 because it was the version current as of when the article on Coldbox Lite was either first released or the docs were last updated… But again, I’m not sure of anything at this point. I think I’ll try Jason’s suggestion first though.

Thanks everyone for all the input!

FWIW, ColdFusion 11 Standard is free for educational use. Maybe that will ease their pain.

Yeah, just saying. Because if cost is an issue, then show them Railo.