How I can see UI format of Generated Swagger JSON

I have installed the swagger module and it’s generating Swagger JSON of API.

But my question is how API developer can see my document as public users. For the example of a pet.
https://petstore.swagger.io/

Do we have this feature in the swagger module?
Or Any suggestion on how I can make my swagger doc like https://petstore.swagger.io/ for public use?

Hello. You can download Swagger UI and place it within your project. 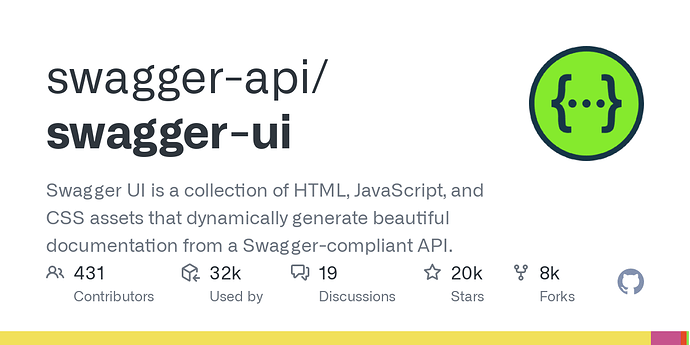 GitHub - swagger-api/swagger-ui: Swagger UI is a collection of HTML,...

For a quick implementation, I would suggest trying the plain HTML route (the directions are at the bottom of this link)

This file has been truncated. show original

Once you have that in your site (maybe in the resources folder or wherever makes sense for you), just update the Swagger path in the index.html file to point to your Swagger JSON

If you see any errors, make sure that the Swagger file is able to load properly. Thanks!

Thanks for the good suggestion. I was thinking this module supporting UI as well.