How to use DI (Wirebox) in Unit Test

I am new to coldbox and I’m trying to test my SERVICES for unit Testing. Is there any way that I could mock wirebox. Correct me if I use wrong method.

When I run this test my injected dependency such as wirebox populator and function new doesn’t exist. my user.$(“getAll”,qry); doesn’t an array of objects.

There are two issues here, and I’m going to answer the easy one first:

You don’t need to mock Wirebox - in this case, you’d much prefer that Wirebox “do its thing” and inject the necessary services so you can test your actual, running code.

Try to “autowire”, or “inject stuff” into your test object (the model under test) to simulate a normal, running application:

Mocking Too Many Things

Personally, I think your test is trying to mock too many things. This creates several problems:

Also note that you didn’t even mock the user.getAll() method properly, because you didn’t tell your UserService about your mock user object. This is why the wirebox populator and such don’t exist - because the model, i.e. UserService, was still calling the User object not your mock. (Unless you didn’t show us the full code?)

Instead of mocking the User object, I would suggest creating and “seeding” a test database and running your tests against a working database. You would need a basic table creation script as well as some dummy data (we’d call them “fixtures”) to exist in the test database. You can use CFMigrations or just a .sql script file that you run against MySQL or similar.

I should be noted this appears to be a continuation of this original Stack Overflow question here: 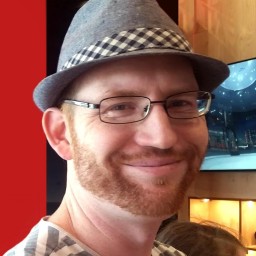 How to use DI (Wirebox) in Unit Test

As I said on SO, you don’t. A unit test is there only to test a single function in your code. After all, you don’t want to be testing WireBox in your test. This is why everything needs to be mocked. Wirebox must be mocked. The populator must be mocked. Any helper methods get mocked-- you get the picture. I showed you on SO how to get started creating a stub for the populator and you’d keep doing the same thing for WireBox and any other external calls.

I need to clarify something I mistakenly said on SO however. I said

but what I didn’t see was that your queryExecute() had

which makes more sense now Your users variable does not contain a query object, but instead an array of structs. This doesn’t really change your approach, I just wanted to clarify that I had missed that.

Now, that said, on SO your test had this

which still wasn’t correct since the result of the arraymap() would still be an array so you’d get an array of structs, not a struct back. Now your test has this

but this still isn’t correct as data will be an array of structs and qry will be a query object. I think you’re on the right track, but you’ve got a bunch of wires crossed"

I think you’re close, but you’ve got to straighten out what you’re mocking, where, and how. If all this seems tedious, it’s because it is. Unit testing is a pain because of how tedious it is and how much setup it requires. Which is why Michael and I both pointed out integration testing where you work with fully built objects all wired up by WireBox. You can decide if you want integration tests hitting the DB or if you still want to mock a DAO layer, but they can be effective at a “higher level” in the app without all the setup.

I remove the populator on my service model. Then I just made a simple query.

Why did you do this? There was nothing wrong with your use of the populator. In fact, now that you’ve made the method have nothing but a query there is really no use to test it at all!

No, you don’t want to mock the actual getAll() method-- that totally defeats the purpose of the test. now you’re not actually running any code at all when you run your test! Now, for what it’s worth, your test does appear to be properly creating a mock method and calling it so that’s good that you’re getting the hang of TestBox and MockBox, but the test itself serves no purpose as it’s currently written

I’m trying to make Unit test for CRUD only.

The nature of unit tests is to test your business logic. The higher the cyclomatic complexity of the function, the more tests you need. (That’s a fancy word for how many code paths there are, i.e. if statements, loops, switches, etc) So a function that only does something like this

really is not deserving of a test at all unless you simply want to ensure the code compiles! That’s because these functions aren’t really doing anything.

What I recommend is to do the bulk of your testing as high level integration tests that hit ColdBox events/routes and save your unit tests for specific method that have some good business logic in them, such as a function that takes several inputs, churns through some business logic, and returns pricing based on the inputs and the business rules. That would be a great unit test.